The band program at RHS is proud of its performance history and accomplishments. The band has performed in numerous parades including:

The band has traveled to perform in Scotland, Ireland, England, France and Germany.

The band of over 200 dedicated students and band directors practice multiple hours each week to perfect their music and performance.  They are active community performers and consistently earn "Superior" ratings at Music Performance Assessment.  Most notably, the Kiltie Band has earned an overall "Superior" rating in the Florida Bandmasters Association District Marching MPA each year since 1958!

If you have questions about how to join the Kiltie Band, please contact the Music Department. 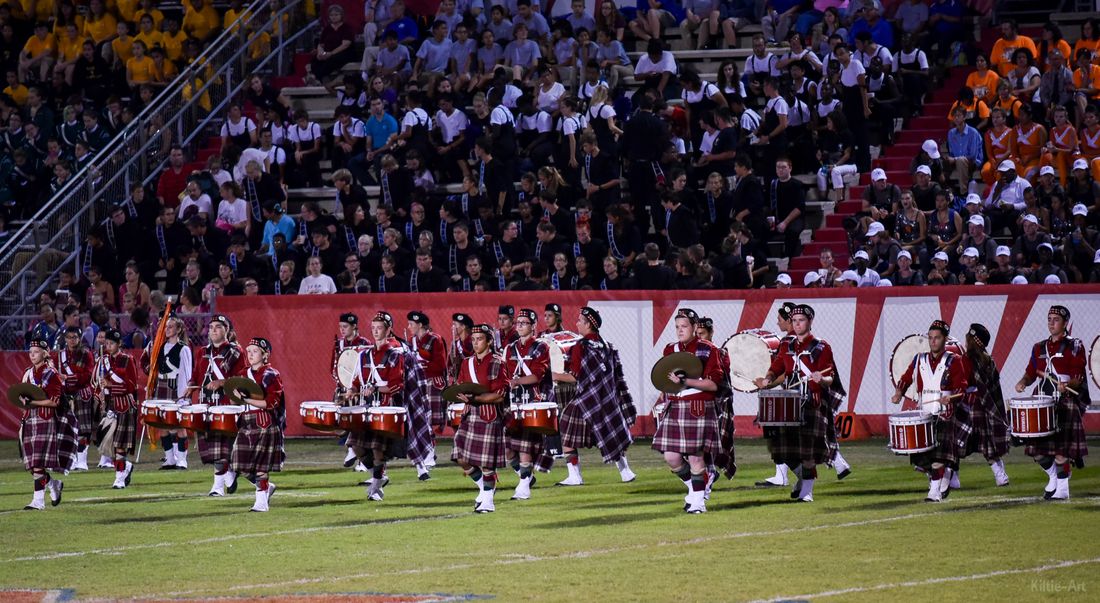