The Kiltie Color Guard is a full year, 1 credit, eurhythmics class with some special and unique differences.  The Color Guard uniform is issued by the uniform committee.  All Color Guard must wear their hair pulled back and all hair accessories are to be black.  New Guards must attend training classes in the second semester and summer band camps.

1.  The five historical flags of Florida:

3.  Countries the Kilties have visited:

The Color Guard is proudly led by Ms. Kayla Cavanaugh and Dr. Amy Earl, Instructors.  If you have questions about how to join the Kiltie Color Guard, please contact the Music Department. 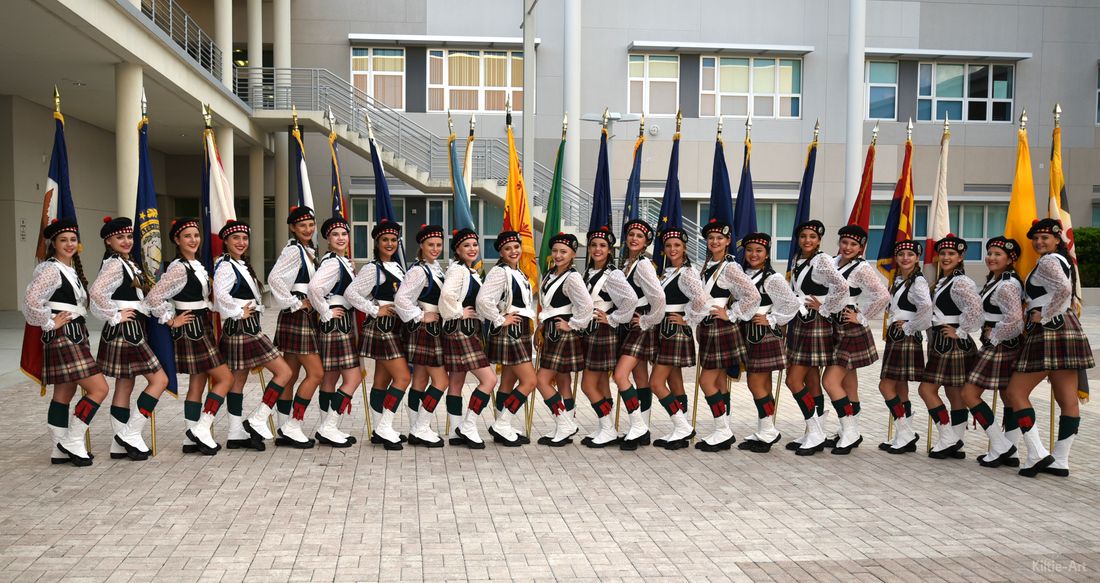